Dragon Fated, the third book in Kara Lockharte and I’s ‘Prince of the Other Realms’ series is now out on Amazon! :D It’s already gotten a ton of good reviews — and obviously, if you liked the first two, you’ll love it as well! :D

Dragon Destined, the 2nd book in Kara Lockharte and I’s Prince of the Other Realms series, is NOW OUT ON AMAZONNNNN! If you liked the first book or you like the looks of this cover (which this book TOTALLY DELIVERS ON, I SO PROMISE, muhahahaha) then you should click through and check it out! :D

If you missed Dragon Called’s release party and garden tour on FB live yesterday, here’s the link so you can check it out belatedly!

Hey world, it has been awhile! Sorry for not being here, life happened for along time there — and just as I was getting my writing act back together, working on this series with writer extraordinaire Kara Lockharte that I’m super happy to be releasing soon, the pandemic happened, aie! I’m still a nurse, and things are getting pretty damn real out here in California, alas, so good news/bad news — but good news first!

The good news — this book is THE BOMB.

I know I’m biased. But…it’s so good. It’s so delicious and good. It is as good as the man on the cover has many, many abs, it is that good. 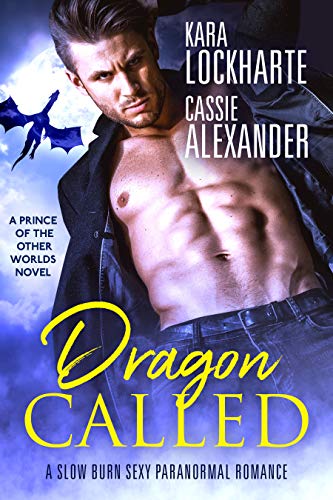 And what’s more is you can pre-order it hereeeeeeee!

It’s a really hot paranormal shifter romance about a billionare dragon-shifter and the nurse he can’t get enough of ;). Click the link and check out the blurb — people who preorder are going to get an extra ‘hot’ scene in their book ;).

Now for the real-life news — work is getting worky. My floor’s been divided into two halves, and the covid wing is filling up. It’s pretty dang scary to be taking care of people who are super sick and who have a disease for which there is no cure. We’re not as bad as NYC or LA right now, but while we’ve slowed the wave some up here in the Bay Area, we all know it’s coming. I’m in a (very rare) good mood right now so I don’t want to get into the nitty-gritty of things, but if you remember who I am at all you know I’m a straight shooter, so please, please and I mean it, stay home as best you are able and if you go out, go out with a mask and gloves. I want us all to make it through this, together, all right? Social isolation is the only way to go.

Stay home and read instead! <3

What’s that feeling in the air? Is it…Fall? Ha — the weather’s been so mild this year compared to last year, I’ve been ready for Halloween candy since July! :D

And in the spirit of getting free candy — or free reads! — when you ask for them, I’ve teamed up with a bunch of other authors for a fun giveaway! :D 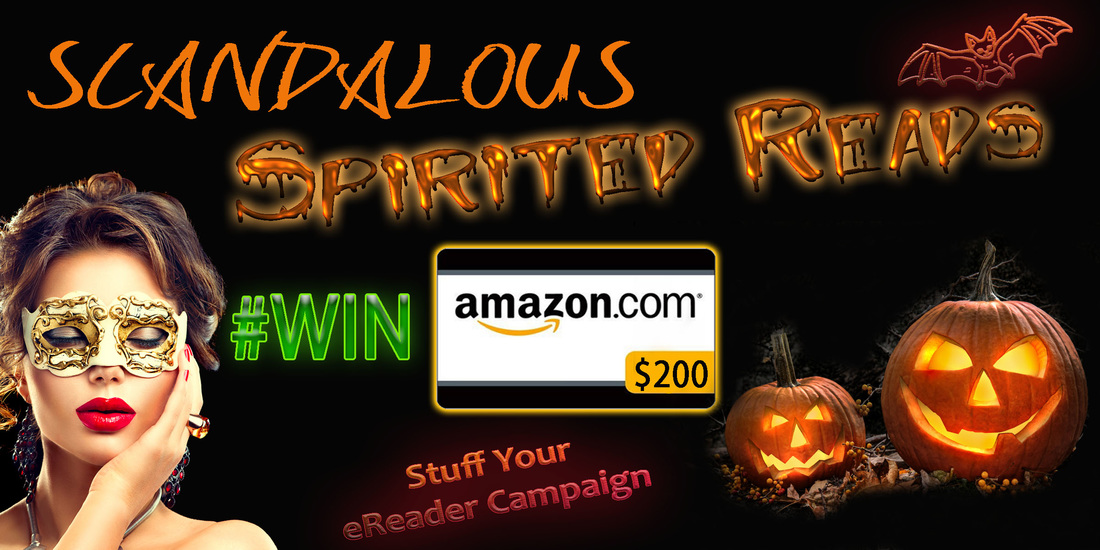 Scandalous Spirited Reads
are going to help you STUFF YOUR eREADER!

To celebrate we’re offering you the chance to WIN a $200 Amazon Gift Card.
All you need to do is answer one simple question when you enter the giveaway.

I should’ve mentioned this here earlier — but The Haunted is free on Amazon till midnight tonight, PST! :D And also my omnibus of Dark Ink Tattoo Episodes 1-3 is out! :D Life has been pretty dang lifey, lately, and I’ve been writing a ton :D — I’ve been much better about updating my newsletter than updating here, so if you’d like to keep track of me/new releases, it’s easier to sign up here: Cassie’s Mailing List — if you sign up, you can even get a copy of Dark Ink Tattoo Episode 1 for free! :D

I’ve been swamped with work ever since it got released, but now I have a day off to crow — Dark Ink Tattoo Episode 2 is out!

If you haven’t gotten episode one yet, I’ll let you in on a secret: I’m offering it for free if you join my mailing list right now. The link to the mailing list should be to your left on the screen right now even — one-stop shopping!

If you’re already a faithful mailing list member, ping me and I’ll send you the link for your own free copy :D.

In other news, I started another part time job at work on top of my already part time work-work, which is combining to be some sort of Voltron-Cassie who is at work Too Much. The second job is helping develop computer training curriculum and then training nurses on it, but it’s been rough so far — people aren’t really excited about our charting changing, which I totally feel as a bedside RN, but we gotta keep with the times.

I’m on my way out to a writing retreat in Big Sur shortly, before I really am expected to be full time for the rest of the summer, so I hope to get a lot of fresh writing done. I’m a 100k into Dark Ink Tattoo, I should finish episode 6 tomorrow, and it’s gonna be at least ten episodes long. I’m glad I’m releasing it episodically, it’s been fun to get to play with each chunk, and it’s nice to have a feeling of forward momentum on something even when my writing time is so piecemeal currently.

I’ll be back with pretty coastline pictures shortly, promise :D

So one of the things I’ve been working on went live yesterday! It’s Dark Ink Tattoo — an episodic urban fantasy erotica series that I’ve been writing in between things for awhile now, based on my love of paranormal critters, erotica, and tattoos. I have to say, writing it’s been an easy blast, so nice to work on something that’s just sheer fun :D. (I know some of y’all are hoping I’ll go back to regular urban fantasy soon…just keep keeping your fingers crossed for a little bit longer ;))